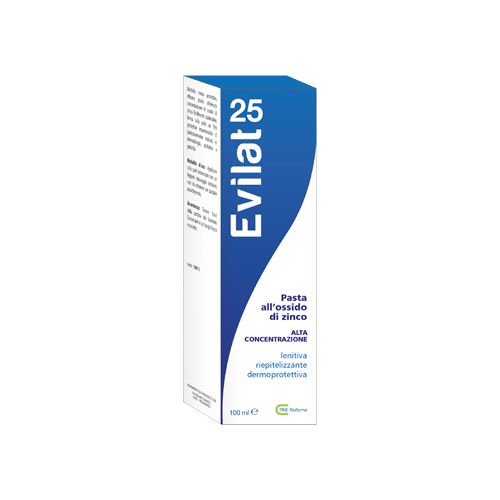 Package: Airless of 100 ml
How to use: Apply enough product to affected areas

Cream with a high concentration of Zinc Oxide, Vitamin E , Aloe vera and Jojoba Oil useful in all states of dermal irritation and in Aesthetic Medicine treatments.

Zinc Oxide
The zinc oxide can be used in the treatment of minor dermatological diseases such as eczema and dermatoses in general. Different studies have demonstrated the therapeutic properties against ultraviolet radiation as anti-irritant, healing and antinflammatory. Despite of defined therapeutic characteristics, the mechanism of action of zinc oxide is that it plays a crucial role as a cofactor, catalyst and modulator of gene expression, of genes involved in inflammation

Vitamin E
It is the antioxidant vitamin, protecting lipids of cell membranes, the main target of free radicals, from lipid peroxidation. Topically has moisturizing, anti-inflammatory and soothing activity. Applied on skin it reduces the formation of lipoperoxides and slows photoaging.

Aloe
It mostly consists of polysaccharides but of great importance are the phytosterols (cholesterol, campesterol and 3-sitosterol), vitamins, enzymes, oligo-elements and aminoacids. It acts primarily as a moisturizing and soothing skin agent, and also has antifungal and antimicrobial properties. As in the case of products rich in mucopolysaccharides, the Aloe gel forms a protective film on the skin, which allows its to perform the excellent moisturizing agent function. Traditionally are attributed to Aloe healing and soothing properties.

Jojoba Oil
It is a natural remedy derived from the pressing of jojoba seeds, a woody shrub that reaches amazing heights in favorable weather conditions. Rich in Vitamin E, B2 and B3 and minerals contrasts and soothes many skin diseases such as psoriasis, dry skin, scaling, acne, itching and eczema.