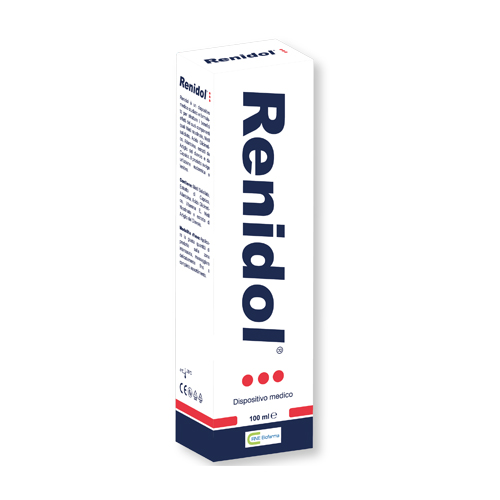 Package: Tube of 100 ml
How to use: Apply the right amount of cream, one or more times per day, on the affected area and gently massage until completely absorbed.
Warnings: Do not use on injured skin or in case of edema

It is a product containing Extracts from Capsicum, Methyl nicotinate, Methyl salicylate, Glycyrrhetinic acid, Extracts from Harpagophytum procumbens and Allantoin which soothes and may be useful for the beneficial effects of its components, to relieve all rheumatic, muscle and tendon pains, contusions and trauma.

The extracts are obtained from plant of Capsicum frutescens that produces green berries rich in seed, whose ripe fruits are commonly called chilli. The mature chili is particularly rich in ascorbic acid, carotenoids, niacin (or vitamin PP) and some minerals (K, Ca, P). In it there is capsaicin, a substance with interesting phyto-therapeutic activities, known for its rubefacient, antioxidant and antibacterial properties. The rubefacient effect is expressed with the increase of local vasodilatation. Capsaicin has also an effect first painful (burning sensation) and then analgesic. Once applied, capsaicin induces the release of pain neurotransmitters from local nerve endings determining the typical burning sensation. After some applications this feeling vanishes as the nerves lose their sensitivity to the substance, leading to a reduced perception of pain.
therefore the analgesic action of capsaicin is due to its ability to interfere with the cutaneous sensory nerves in the transmission of painful stimuli.

It is the methyl ester of nicotinic acid, mainly topically used for the treatment of vascular disorders and osteoarticular inflammations. It exerts a rubefacient action which is expressed by the blood recall in the microcirculation of the superficial layers of the skin, with increased vascularization and development of heat on the treated area, so it reduces the inflammation in the underlying layers due to the subtraction of blood. For its decontracting action, it promotes the resolution of contracture and muscle stiffness and for its peripheral vasodilator action it facilitates, through increased local vascularization, the transcutaneous penetration of other substances in the cream.

It is the methyl ester of acetyl salicylic acid which is mainly obtained from the leaves and bark of Gaultheria procumbens, birches and poplars. It belongs to the topical analgesics category and it is usually used for the symptomatic treatment of muscle and joint painful events for its anti-rheumatic activity. In fact, it blocks the synthesis of PGE2 by interference with the enzyme prostaglandin synthetase.

It is a pentacyclic triterpene acid that is derived from the licorice plant Glycyrrhiza glabra. It has a complex structure that includes a fraction with cortisone-like activity but without the side effects and risks associated with the use of corticosteroids. The glycyrrhetinic acid exerts an antiinflammatory effect both indirectly by enhancing the endogenous corticosteroids, through a slowdown of their catabolism, both through inhibition of the production of oxygen free radicals, powerful inflammatory agents by neutrophil granulocytes. It also exerts a protective effect on the skin and anti-allergic action by inhibiting the release of histamine, leukotrienes, bradykinin and PGE2..

It is a plant rich in iridoid substances, i.e. monoterpenes existing generally in the form of glycosides, whose main constituent is represented by harpagoside . It has an high anti-inflammatory and analgesic effect which is expressed through inhibition of the synthesis of PGE2 and nitric oxide (NO), so it is well recommended for all arthro-rheumatic pains.

It is a purine derivative (formula C4H6N4O3) final product of uric acid oxidation catalyzed by the enzyme urate-oxidase and 5-hydroxy-urate hydrolase. Allantoin in nature is in the Symphytum officinale L. plant, but usually is used that from synthesis, especially for its moisturizing, soothing, restorative and anti-irritant activity. The moisturizing and soothing action is performed through a change in the characteristics of the skin barrier by increasing the capacity of the corneocytes to imprison the water and reducing the loss of water by transepidermal. The exfoliating and skin restoring is carried out thanks to its keratolytic activity, releasing the intracellular connections between the corneocytes.