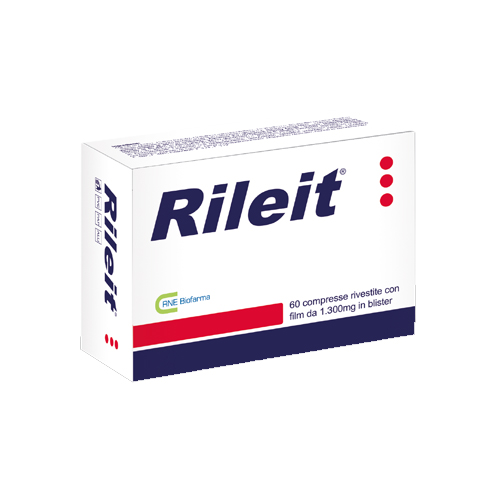 It is a product based on L-Arginine, Ginseng, Ginkgo Biloba, Tribulus Terrestris, Maca and Damiana, which has a tonic, aphrodisiac and adaptogenic actvitity, thus exerting a significant action of support for the sex life of the person suffering from sexual dysfunction incurred by factors psychogenic, anxiety, mental and physical stress and inappropriate lifestyle.

L-Arginine
It is a basic polar amino acid, whose basicity is due to the guanidine group that characterizes the hydrophilic side chain. Through the action of the nitric oxide synthase enzyme, arginine is converted to citrulline with the production of nitric oxide (NO), which stimulates cell-mediated immune response, induces the reduction of platelet aggregation, contributes to the maintenance of a physiological vascular tone and acts as a vasodilator increasing the blood supply to tissues.
L-arginine is therefore an active and vital stimulus for male sexuality with effects both on production of sperm that on erections. In fact NO derived from it, stimulates the cytosolic guanylate cyclase enzyme to produce cyclic guanosine monophosphate (cGMP) which causes a relaxation of smooth muscles of the penis resulting in increased blood flow to the cavernous bodies causing an erection and thus allowing man to have stronger and longer lasting erections. The increase of arginine in body therefore favors the increase of NO and consequently the increases of elasticity and dilation of blood vessels preventing possible problems of Erectile Dysfunction.

Ginseng (Vacciunum macrocarpon)
The dry extract of Panax ginseng is traditionally used as a tonic-adaptogen effect substance able to promote in the body a better and no-specific resistance state, useful to better counteract stress factors.
Ginseng is the most studied medicinal plant as regards the Erectile Dysfunction. Several studies have shown that it has an antioxidant and organ-protective activity associated with the increased synthesis of nitric oxide (NO) in the endothelium of lungs, kidneys, heart and of cavernous bodies of penis. The main constituents of Ginseng are polysaccharides, especially vitamins of B group, and ginsenosides, a class of steroidal chemical compounds, saponins, terpenes, which would be attributable to the effectiveness of the same, as they determine a dose-dependent relaxation of the smooth muscles of cavernous bodies through an increased release of NO.

Ginkgo Biloba
It is a legendary tree native to China and Japan whose leaves contain terpenes, polyphenols, flavonoids, and proanthocyanidins that confer an high antioxidant activity protecting the body from damage caused by free radicals.
Ginkgo Biloba is particularly known because it improves blood circulation. The flavonoids in fact reduce capillary fragility by adjusting the tone and elasticity of arteries and veins and facilitating the flow to the organs, including the genitals. In particular by improving the blood supply to the cavernous bodies of penis, it allows to have an increased inflow of blood to the organ resulting in an improvement of male sexual performance. It was also observed that the extracts of Ginkgo Biloba have a relaxing effect on the smooth muscle of cavernous bodies through an increase in the bioavailability of nitric oxide.

Tribulus terrestris
It is a perennial shrub, used since immemorial time in herbal Asian tradition, and in Indian and Chinese medicine, to combat impotence and male infertility due to its ability to stimulate the production of androgen hormones, in particular testosterone that regulate sexual desire and have a positive effect on the male sexual apparatus. Thanks to its hormon-stimulating action, Tribulus Terrestris has been used successfully in the treatment of Erectile Dysfunction and to increase fertility. The dry extract of Tribulus Terrestris contains several enzymes, proteins and inorganic elements. It also contains flavonoid glycosides and several steroidal saponins such as protodioscin, which act by increasing the endogenous production of testosterone, dihydrotestosterone, with consequent increase of spermatogenesis and improvement of libido and erectile function in humans.

Maca (Lepidium Meyenii)
It is an annual herbaceous plant with tuberous root that grows mainly in Latin America. It is rich in carbohydrates (59%), protein (10.2%), fibers (8.5%), lipids (2.2%), amino acid (glutamic acid, arginine, aspartic acid, leucine, valine, glycine, alanine, phenylalanine, lysine, serine, isoleucine, threonine, tyrosine), minerals and trace elements (iron, iodine, magnesium, calcium, phosphorus, potassium, copper, zinc), B vitamins (B1, B2, B12), vitamin C, vitamin E and essential elements such as plant sterols (ergosterol, stigmasterol, sitosterol, campesterol), tannins and flavonoids.
Thanks to its constituents Maca is known for its aphrodisiac properties to assist in the treatment of sexual disorders, for its tonic-stimulant properties in cases of fatigue, mental and physical exhaustion and neurasthenia and is also referred to improve the mood. Finally, thanks to its vasodilatory properties, which also exerts on cavernous bodies, Maca is a useful remedy for the treatment of Erectile Dysfunction.

Damiana (Turnera diffusa)
It contains resins (about 14%), gallic and ellagic tannins, both free and esterified, polysaccharides, simple and complex sugars, gums and mucilage. Its aphrodisiac properties are known to assist in the treatment of sexual disorders, as a tonic and stimulant in cases of fatigue, mental and physical exhaustion and neurasthenia and to improve mood.